If you’ve ever wanted to have the services of an award winning celebrity hair and makeup artist then you’re in luck because Captain Ron Wolek is just that. Just imagine when you can tell you can brag about Fantasy Fest that your body painter was recruited for a National Geographic special for the Playboy Mansion.

Captain Ron worked for six episodes of Stranger Things, one episode of the Walking Dead and eight episodes of The Vampire Diaries.

Beyond shows and movies, he’s also worked on Broadway as a hair and makeup artist and at Walt Disney World.

You can see the full list of awards and resume of Captain Ron by visiting the following link: https://www.imdb.com/name/nm2341179/

You can book a appointment with Captain Ron Wolek by clicking on the button below: 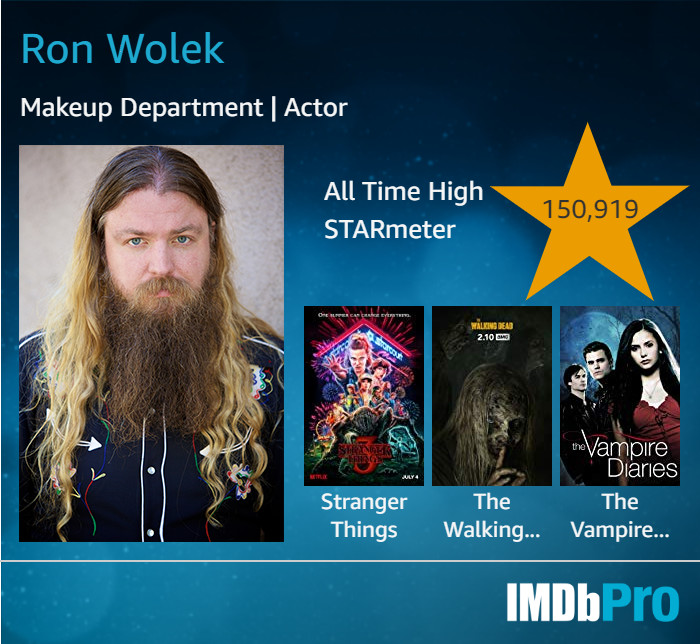